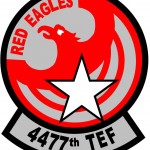 The mission of CONSTANT PEG was to train USAF, US Navy and US Marine Corps combat fighter aircrews on the best ways to fight and win when encountering MiG built aircraft in aerial combat.

During the time of active MiG operations the 4477 TEF was changed to the 4477 Test and Evaluation Squadron (TES). Shortly after the termination of flight operations the squadron “stood down,” equipment was salvaged or redistributed to other users and all personnel were reassigned.

Personnel: Glenn Frick hired SMSgt Bobby Ellis to be the Chief of Maintenance. Bobby’s task included hiring necessary personnel and supervising the management and restoration of the aircraft made available to the 4477th TEF.

Glenn Frick and his operations officer, then Maj Ron Iverson (Lt Gen ret) hired the pilots that were to fly the aircraft.

Some MiG flying was ongoing under the cover of test operations. The birth of Constant Peg marked the end of the test charade and signaled the beginning of MiG operations in earnest that were wholely dedicated to training American airmen in how to engage and beat the MiG aircraft in close-in aerial combat (dog fighting).

Gail Peck took command from Glenn Frick on 1 Oct 1978 and embarked upon the task of supervising the completion of all aspects of “standing up” the 4477th TEF including the completion of the airfield and the restoration of the MiG aircraft. When operations began at Tonopah Test Range in July 1979 the manpower consisted of 29 officers and enlisted personnel including 3 pilots that were US Navy aviators. One civilian secretary supported the operations at her work station at Nellis AFB, NV.